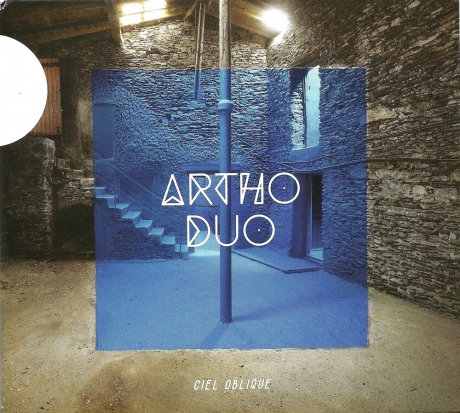 Let's say it from the outset, this album is a little jewel inspired and powerful, subtle and sophisticated, deep and free, creative and fun ... Master stroke for this duo formed by Marc Anthony (Siorat electroacoustic hurdy gurdy, tépazarythme * ) and Julie Garnier (voice, flute, saxophones).

The two artists have, one like the other, a full course that begins in the early 80s with "Coffee-Coal" for Marc Anthony and the 2000s in the vocal group "Les Souricieuses" for Julie Garnier. Their duo is already a few years old and we can read the interview of the two friends in the n ° 172 of Trad'Mag.

The disc contains about fifteen carefully arranged pearls, vibrating emotions right to the heart, with the lead drums and sumptuous old unison / voice, old / flute ..., a selection of beautiful traditional melodies from the countries of Brittany , Bresse, Corrèze and Auvergne, and a work of improvisation and sound exploration passing alternately from voice to flute, saxophone and hurdy-gurdy. The traditional tunes are linked with the own compositions of the 2 musicians, parts all in tension and depth around powerful texts of Antonin Artaud (Artho !!!).

This album is one of the most beautiful I have ever listened to in recent years, a particularly rich contemporary opus, and fascinating to listen again and again to grasp all the finesse and subtlety; each new listening allowing to appreciate here its textures, there its lyrical flights or its detours playful and creative.
(* Mechanical drum machine made from an old record player)