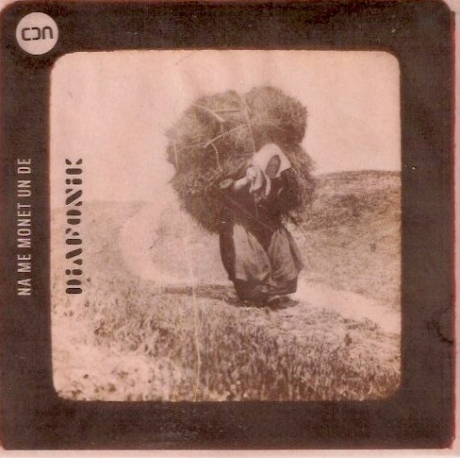 To be listened to with your eyes and your head open to the world!

Unusual and qualitative novelty with the Diafonik duo made up of Yann Madec and Pierre Stéphan. Yann was trained within the BlackBox, mythical recording studio founded by Iain Burgess and Peter Deimel, then on the road as a sound engineer for Deportivo, Celtic Social Club among others. He left his console to introduce himself to the public as a sound and keyboard processing artist.  Pierre Stephan is very involved in traditional Breton music. He has played in emblematic bands such as Hastañ, Faro, Maëlstrom 4tet, Pennou Skoulm and since its creation he has joined the famous Celtic Social Club (https://www.celticsocialclub.com ). For this new artistic project, the two friends worked with sound archives collected in Brittany in the 50/60s. They offer us a contemporary reading that fuses the violin, sound archives and electronic sounds. Diafonik is a word that "literally means the interference of sounds that sometimes takes place when two tracks on a magnetic tape are played". Listening to them, I felt a great respect from both musicians for the collected songs and the social reality of the rural world in the 60s. From the opening of this unusual cd we are taken by the clear and rough voice of a lament " Boked Eured " which crosses electro sounds but which become like a trance coming from the beyond. I'm always a little wary of using digital sounds with the trad. but in this record there's no bass, too present and pounding the tempo. Diafonic is a true contemporary artistic project that never takes the easy way out. The strings of the violin caress ancient voices and respond to electro machines (Janedig Ar Rouz). Very beautiful cover with a paper simulating a photographic glass plate which takes all its meaning after listening to this album. Look with your ears and listen with vox eyes to Diafonic " Na Me Monet Un de ".