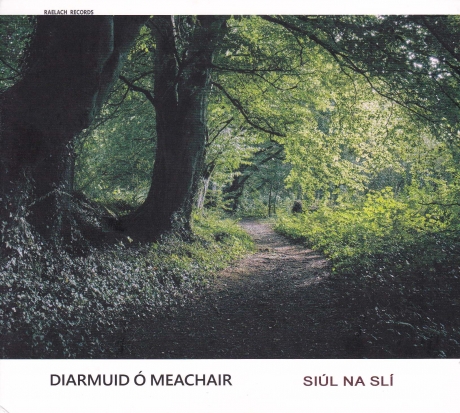 As the old saying goes, the more years the better. A statement that applies perfectly to the young accordionist Diarmuid Ó Meachair.

Born in Cúil Aodha, west of Cork, Diarmuid was immersed in Irish music from a very young age, initiated by both his parents as a child. His first choice was the accordion, with records of famous accordionists such as Jackie Daly and Joe Cooley lying around his home. He was also quickly influenced by Noel Hill, Máirtín O'Connor and Johnny Connolly. During his adolescence he discovered Joe Derrane and especially Finbarr Dwyer who was to leave a lasting impression on him.

At the age of 19 he won the title of melodist at the Ennis Fleadh and the following year he was invited to perform at a tribute concert to Finbarr Dwyer. As well as excelling on the diatonic, he is also an accomplished melodeon player and, to top it all off, he is a sean-nós singer who has won numerous competitions in this traditional song. All these talents were rewarded in 2022 when he won the TG4 Young Musician of the Year award. He is undoubtedly one of the most exciting accordionists of his generation.

His respect for F. Dwyer is reflected in the choice of four of his tunes including The Star of Munster and Finbar Dwyer's. The standards The Lark in the Morning, The Pigeon on the Gate and The Road to Lisdoonvarna are recognisable, and Diarmuid makes them his own with his own variations, different from past recordings. Ireland is not his only source of interpretation, and here we find Hommage à Dorothée, a tune by Quebec's Philippe Bruneau, and Mon Tour de France, three French waltzes. A musician of this talent doesn't appear that often, so it's hard to get tired of listening to him. With sixteen tracks, this is an album that cannot be ignored.