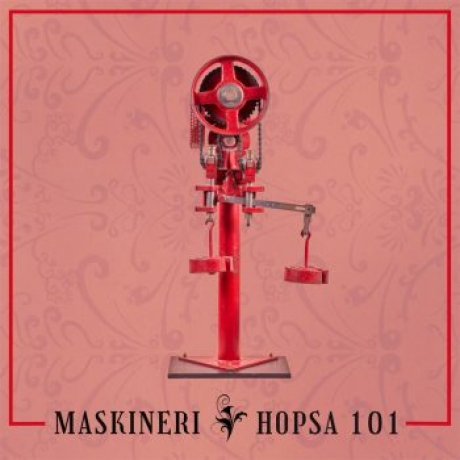 MUSIC IN THE HEART

"Just like the good time ! "That's not the spirit I felt when I listened to this Danish cake! but it's not pejorative! The duo Maskineri pays a warm, dynamic and sincere tribute to the traditional music of Jutland (one of the five regions of Denmark). Maja Kjær Jacobsen, violin, vocals, and Søren Vinther Røgen, guitar, mandolin met in music workshops many years ago. Both being from Central Jutland, it was obvious for them to form a duo to play the fabulous music of their home region. For the choice of repertoire everything started with Maja's discovery of a handwritten notebook written between 1892 and 1897 by the violinist Anders Top Andersen fra Kragelund. It was hidden in the local historical archive in Engesvang, at Engesvang State School - where Søren went to school as a child. Sometimes these two musicians offer us a somewhat wild, even rustic approach, but with great sincerity in Maja's voice and violin, and Søren's guitar playing. I think we are very close to the way of playing of their musical ancestors. A 100% human and cultural album from two young musicians who bring back to life a forgotten music but in a dynamic way and without losing its soul.