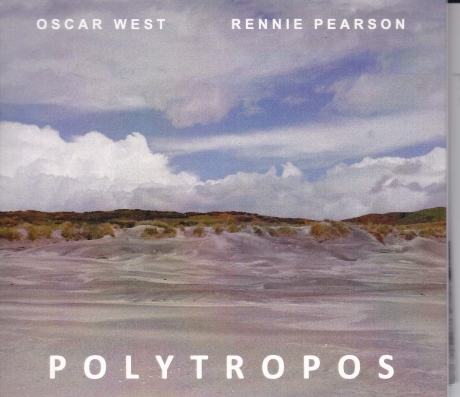 For once, it is to the southern hemisphere that we turn this time, to New Zealand, where Scottish and Irish emigration has flourished over the past centuries. Worthy heirs of their distant ancestors, Oscar West and Rennie Pearson have returned to the music of the land of their forefathers.

Curiously, they chose a Greek word as their patronymic, Polytropos, in reference to Homer's Odyssey, which means "with multiple wanderings".

It was in 2010, while still students, that they met during a session in Wellington. Oscar started studying the fiddle at the age of 12, then the flute and the Scottish small pipes a few years later, while Rennie plays the wooden flute and the guitar. They gave their first concert in 2011 at the Wellington Folk Festival and the following years saw them touring a lot both in New Zealand and abroad.
After ten years, they have finally released their first album, which features music from Ireland and Scotland of course, but also from Brittany. As the title Flute Solo, a Macedonian dance borrowed from the repertoire of the flutist Jean-Michel Veillon or Ar Werc'hez Eddy learned from the Kevrenn Alre's piper, Marie Le Cam.
Throughout the twelve tracks of their album, Oscar and Rennie try to transmit stories, feelings and emotions that fascinated them. Their passionate playing style weaves together the sounds of the wooden flute, the fiddle, the guitar, the mandolin as well as the voice as they both perform some songs.
They celebrate the odyssey of their music from the green hills of Ireland and Scotland to the rugged coastline of New Zealand, which has some similarities to Ireland.
Jigs from Co. Clare, reels from Donegal or Scotland compete with some songs that allow to appreciate the warm voice of these young musicians.
A very original album to discover without further delay.