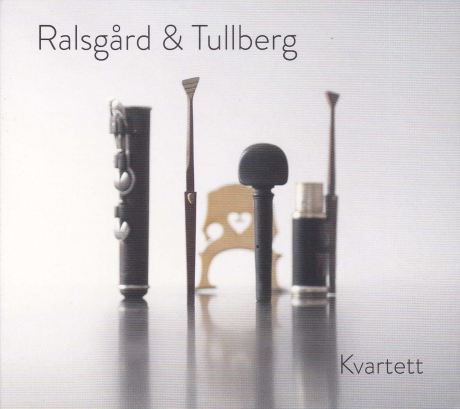 Sweden is rarely featured in this column. Yet there is a very lively traditional music.

Andreas Ralsgård and Markus Tullberg, originally two saxophonists from Skåne in the south of the country, met twenty years ago at the Malmö Academy of Music. Having discovered the wooden flute through Irish and Breton music, they quickly formed a duo and recorded two albums.

This time they return in the form of a quartet with Niklas Roswall on the nyckelharpa, the emblematic Swedish instrument, and Alexandra Nilsson on cello. Two flutes associated with two stringed instruments. A quartet that is the result of the permanent quest to explore the possibilities of the wooden flute.

If the first album had helped to re-establish the instrument on the traditional Swedish music scene, the second CD had welcomed many guests. Their new album is soberly entitled Kvartett (quartet).

The result of this four-piece encounter is a mix of original and traditional tunes with carefully crafted arrangements. The musical expression ranges from intimate and delicate to virtuoso arrangements where the possibilities of the instruments are used to the maximum. They skillfully fuse traditional Swedish music and instrumentation with a light baroque touch: Två menuetter efter.

If Andreas and Markus, who wrote several of the titles, pay tribute to Irish flute players, the album is indeed of Nordic inspiration. The dances on this album are far from reels and jigs and they reflect the Scandinavian tradition. Thanks to the addition of strings to the two flutes, they sometimes create moments of carefree cheerfulness:  Vals från källarhålet or Berghman/ Lagerfeldt.

On Lökaröd the nyckelharpa undoubtedly leads the melody to an air of obvious baroque classicism, while on Silverpolskan flutes and strings weave a strange spiral ballet. On the contrary on Pipor and Lufsträng the mood is darker and calm has returned to the musical field. And this is the end of a strange and fascinating album.