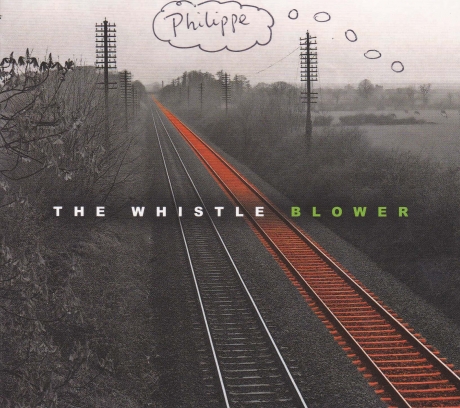 At the origin of this fascinating and disturbing album, The Whistle Blower is inspired by a miscellaneous fact.

In 1976 a robbery targeted a postal train in Ireland during which £200,000 was stolen. Osgur, Cormac's Juan Breatnach older brother, then 25 years old, was arrested along with two friends, suspected and accused of the theft. Their only fault was being part of the Irish Republican Party Socialist (IRSP).

After numerous tortures and confessions extracted by the Irish police (Gardaí), they were sentenced to 33 years in prison. But in 1980, when the provisional IRA claimed responsibility for the theft, they were acquitted. Cormac, who was 13 years old at the time of the incident, was durably and deeply traumatized by this case, which had repercussions on his own family. More than forty years later, he tries to exorcise this event with a superb album, both as an act of healing and a musical challenge.

Cormac is a flutist who has multiplied his musical experiences, particularly within the group Deiseal in the 90s, pushing the limits of traditional music through jazz and blues. Then with Sonamus he turned to baroque music. Today he presents us with a series of six pieces that accompany a poignant documentary on the case. To do this he was accompanied by Daire Bracken on fiddle and Martin Tourish on accordion.

Cormac's music is complex and deeply personal, using rich textures and melodic beauty to move the listener through a wide range of expressive atmospheres. On the first track dedicated to his brother Osgur, he introduces a percussive melody, alluding to the sound of a train. Further on, it is the superb melody Amhrán Na Mná that evokes the laments of his family members.

The Whistle Blower is a powerful album, a kind of warning for our time, a reminder of the effect of injustice on people's lives. An album short but beautiful.